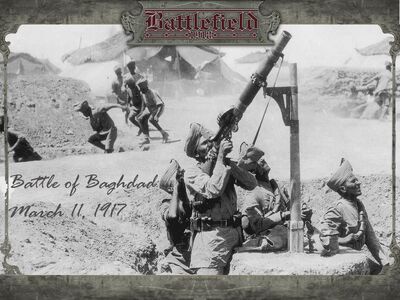 After the surrender of the Kut garrison on 29 April 1916, the British Army in Mesopotamia underwent a major overhaul. Read more...

Retrieved from "https://bf1918.fandom.com/wiki/Battlefield_1918_Wiki?oldid=4242"
Community content is available under CC-BY-SA unless otherwise noted.